On April 26, 2018, the Refinery in Superior Wisconsin exploded, the town of Superior was evacuated, and the Superior, Wisconsin and Duluth, Minnesota metro area was put in danger due to a potential release of hydrogen fluoride, or HF, a lethal chemical used in oil refining. Husky Energy and their parent company Cenovus, who own the Superior Refinery, are rebuilding and plan to continue using hydrogen fluoride, putting thousands of people at risk.

What would you do if you were a company endangering thousands of people for profit? Why, you just might paper it over with a charm offensive. So that's what we did for them. We sent residents postcards directing them to a website where we offered to text them alert warnings 15 minutes after any HF release (the fine print noted it was for an HF release within ten minutes), and a "neighbor compassion kit" that featured a soothing burn cream for a chemical that can kill on contact, and a gas detector that played nursery rhymes for the kids. We even filmed a street team, Blaze the Husky and Tracy (pictured above), who got to meet with the Mayor of Superior!

Local news stations and Wisconsin Public Radio took note and all ran segments that talked about the explosion and the danger the refinery posed. After sending repeated rounds of postcards after the launch to continue animating the issue, Cenovus animated it for us and sent mailers out to all of Superior, denouncing our satire and assuring residents the refinery was safe. Residents we collaborated with informed us that Husky Friends  facilitated their organizing efforts against the refinery by re-animating a pressing issue that had faded from local headlines.

Blaze and Tracey Meet the Mayor! 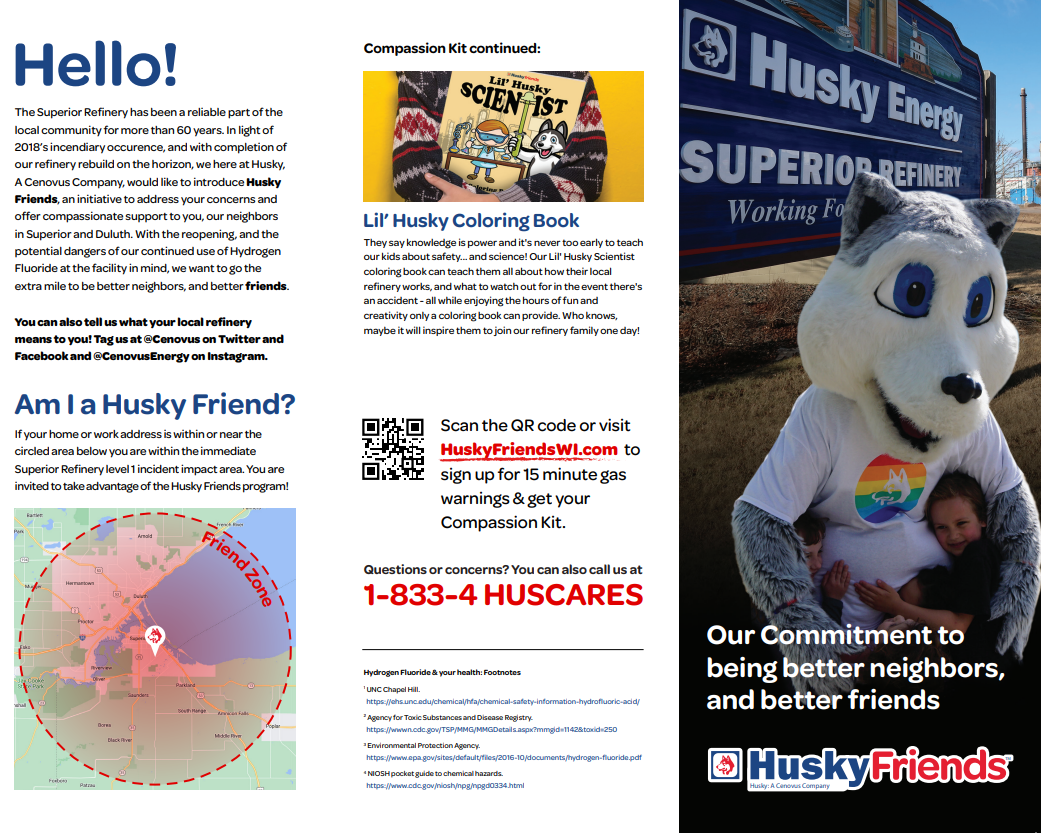 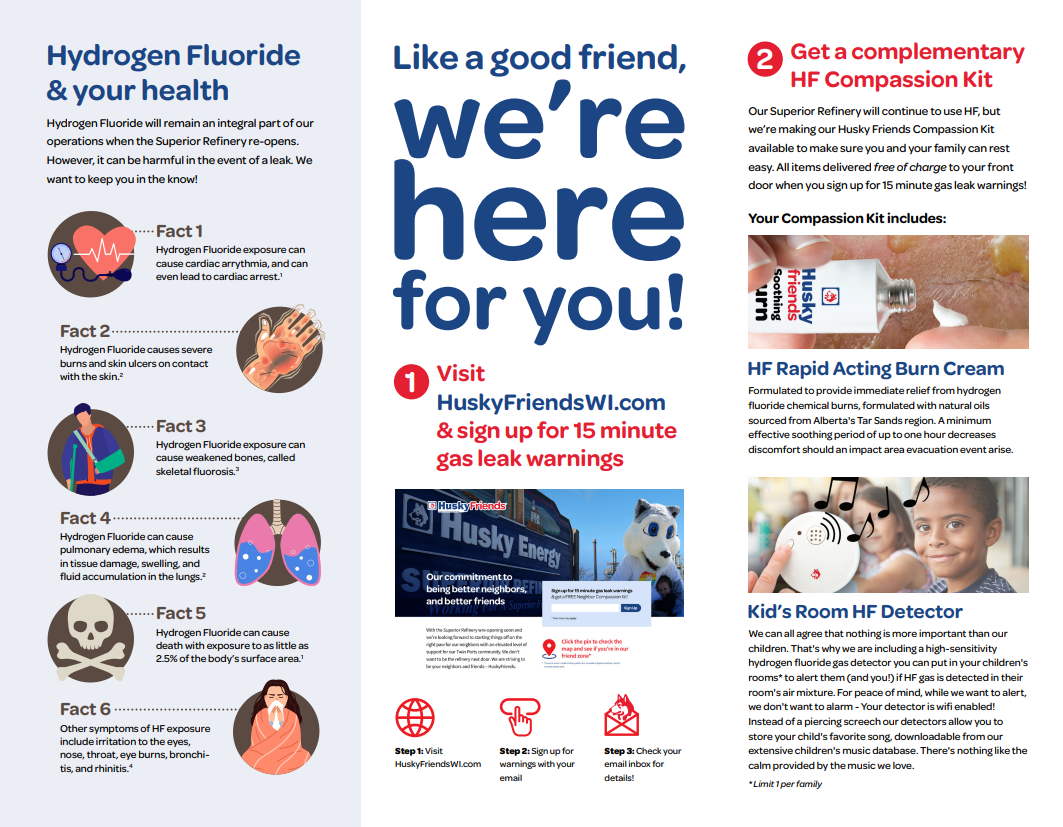